The film has touches of Expressionism, but mostly feels like a subtle noir. The Haunted Castle (1921)

This film really does not fall under a moniker of Horror, which is somewhat misleading because of the mood conveyed in the posters and english title, it instead seems to fall into an area occupied by Murder Mysteries and even feels like a direct precursor to Film Noir without the sleek stylings.

The look of this film is not what I would refer to as overtly Expressionist, it’s very straight forward, with almost nothing underneath to be “expressed” by way of a specific expressionist vehicle or plot device. The sets are beautiful and extremely accurate, for the setting of the story. There are a few expressionist moments, they mostly are found in flashbacks or dream sequences. That being said the rest of the film seems based so much on reality, in a way which renders any emotion trying to be conveyed, directly on the surface of the film. I find the principle emotion of this film to not be sadness, despair or fear, but more in the realm of guilt, regret and shame.

The shinning scenes for me proved to be in the first flashback, which actually had a nice expressionist touch via lighting conveying a positive and happy aspect, which came across in a very natural approach. The fifth act had most of the expressionist moments, which comes with the release of the films tension and climax of guilt. I will not spoil the ending, but I feel as if most will see it coming. 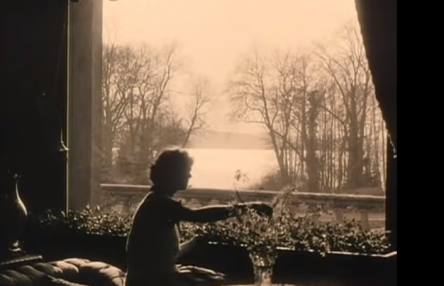 Lighting used to set a positive mood. The Haunted Castle (1921)

The basic plot is a story of redemption, a group of men are gathered at Castle Vogelod for a hunting party. It is unfortunately raining, leaving the men to occupy themselves inside the walls of the castle. Soon an uninvited guest arrives “Count Otesch” he is immediately viewed as an outsider, rumors of his past start to occupy the conversations of everyone in the castle. He was arrested but not convicted of killing his brother “Count Peter Oetsch” adding to the unrest of  “Count Otesch’s” unforeseen arrival, is the arrival of his dead brothers newly remarried widow, the “Baroness Safferstatt” and her new husband “Baron Stafferstatt”. As soon as she is aware that “ Count Otesch” is present, she decides she would not be able to stay in the castle, until she is reminded that “Father Faramund of Rome” a relative of her former husband,is to arrive soon. 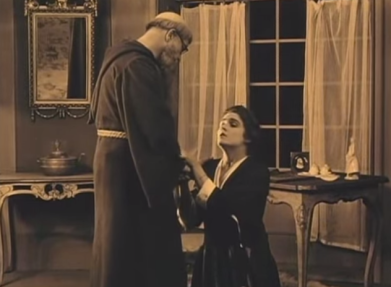 Overcome with guilt The Baroness confesses a secret. The Haunted Castle (1921)

Once the Baroness is able to speak with “Father Faramund”, she is overcome with guilt and regret and makes a confession unto the Father. The Father returns to his room speaking with no one else, it is noticed the next day that “Father Faramund” has gone missing. We are left with spiraling accusations and suspense leading up to a very interesting conclusion which, I will leave incomplete, for you to watch yourself or read about if you cannot wait. A good film but not an overtly expressionist film. 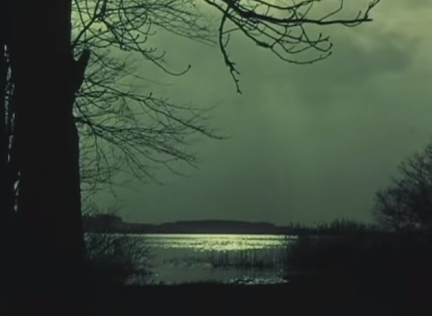 One of the few outdoors scenes which convey a lot of naturalistic Expressionism, with its use of lighting and clouds. The Haunted Castle (1921)

Join our Facebook group: Strangers on the 3rd Floor

Join our Facebook group: Strangers on the 3rd Floor

The Hertfordshire League of Extraordinary Gentlepersons
Shamazen: Way of the Spiritual Warrior

Welcome to The Mysterious, Ethereal World of Surrealist Cinema.

Stranger On The 3rd Floor

Welcome to The Mysterious, Ethereal World of Surrealist Cinema.

Wonders in the Dark

In and around Dublin

In and around Dublin, with a camera in my bag. Always. And an unhealthy propensity for easy cynicism. Always.

Ruminations on Film, Life, and the Unimportant Things In Between

My view on films as I see them. Take it, laugh, share it, leave it. Above all, enjoy!

All The Muse Unfit to Print

I'd rather be watching THIS!